Edward Seago (1910-1974) was a British landscape painter. He is one of the best known and widely collected British artists of the 20th century. He enjoyed enormous popularity during his lifetime including royal patronage by several members of the Royal Family, including the the Queen Mother, the Duke of Edinborough and Prince Charles.  Seago painted all sorts of subjects, but is perhaps best known for his paintings of boats, skies and the countryside around his home in Norwich. He painted in watercolor and oil.

Although Seago was given some direction by Sir Alfred Munnings he was essentially a self taught artist. He studied the works of Constable particularly as well as other masters.
Here are some beautiful Seago skies. Notice how Seago carefully orchestrated his skies, playing the lights and darks against each other. Enjoy! 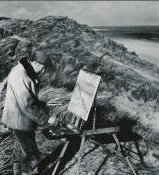 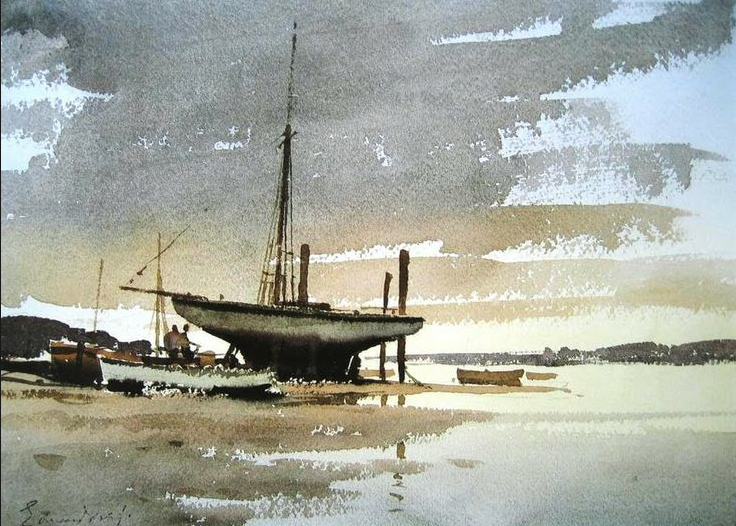 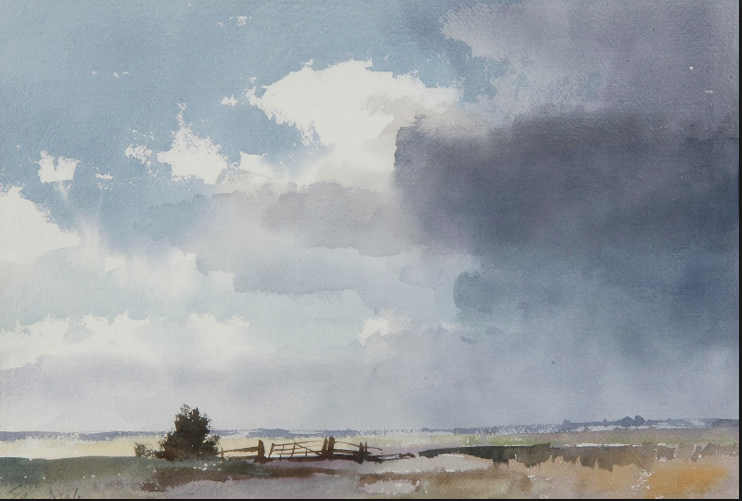 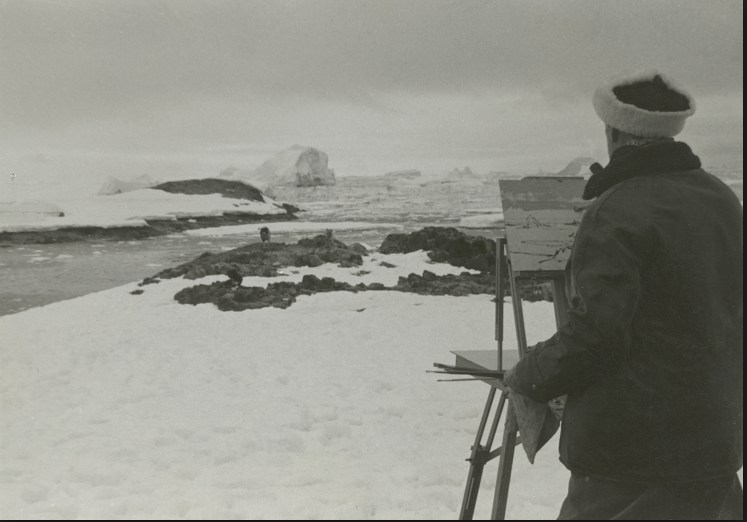 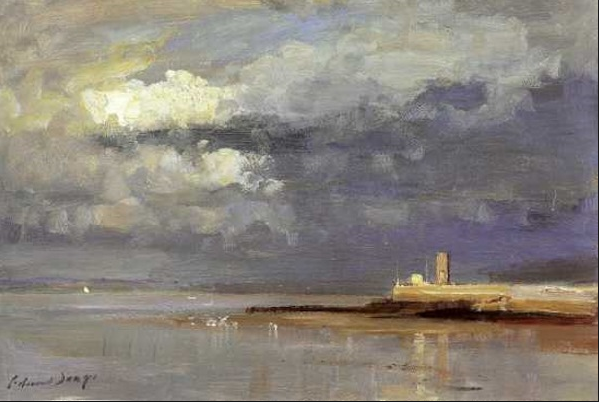 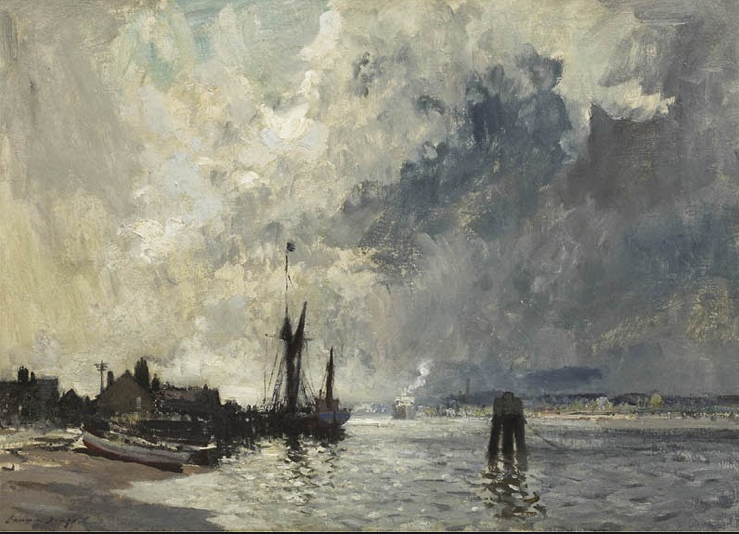 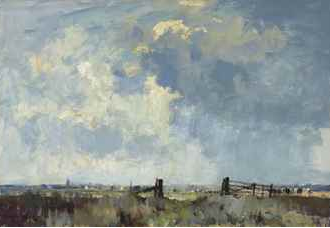 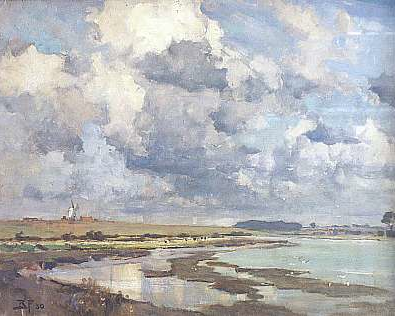 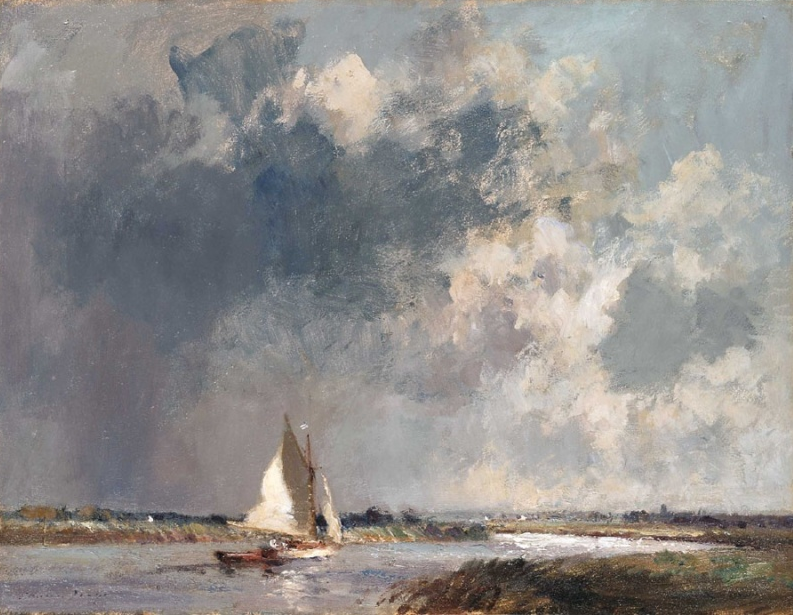