The Art of the Garden

In the late 19th and early 20th century the “Garden Movement” in America was greatly influenced by French Impressionist paintings. The move to the suburbs by the middle classes also encouraged this new interest in gardening, and the “American garden”, not as formal as the English or Italian gardens of the Gilded Age, became popular. The idea was to imitate Nature’s wild garden, but of course, garden design still played an important role. Gardens and gardening were featured heavily in mass circulation magazines and books and landscape design was part of the aesthetic discourse of the day. The Arts and Crafts movement had an influence as well, encouraging the design and planting of an ‘old fashioned’ garden to reflect a reconnection with Nature that had been lost in the industrial age.
Up until the end of the 19th century paintings of gardens were an infrequent motif of American artists. However, now they began to appear as a consistent theme in American impressionist works. American artists who had traveled to Giverny and studied painting there were well aware of the use of the garden as motif in French landscape painting. Artists sometimes set up their own home and garden–Thomas and Maria Oakey Dewing and John Henry Twachtman for example) or gravitated to artists colonies in places like Lyme, Connecticut where they could enjoy gardens and orchards of local homes and boarding houses. Even artists whose work was not impressionist in style (like Oakey Dewing for example) adopted the impressionist method of working outdoors in front of the motif.
Childe Hassam (1859-1935) 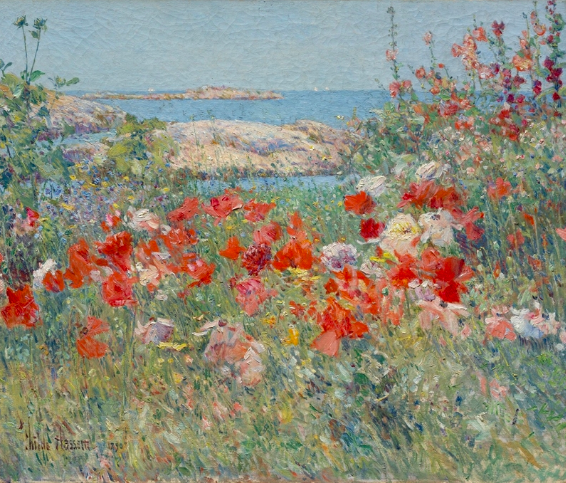 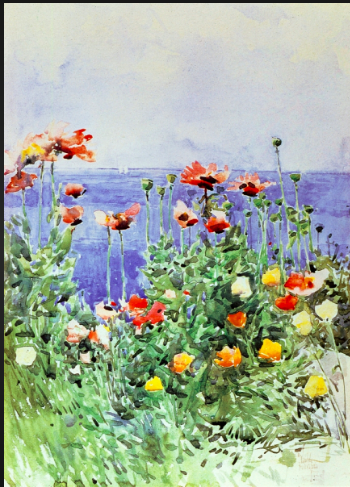 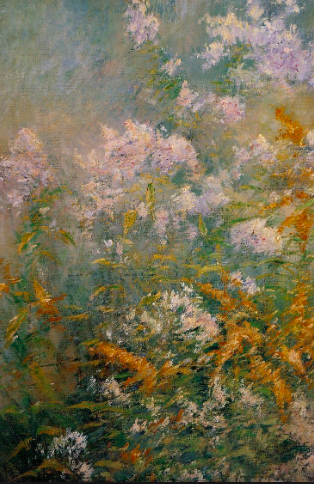 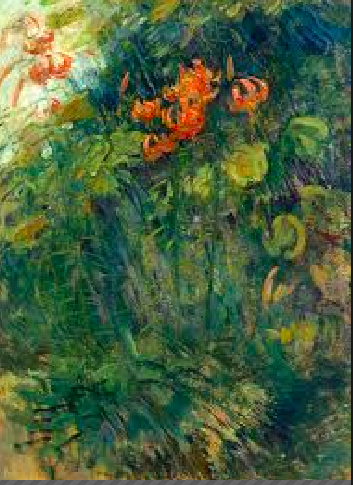 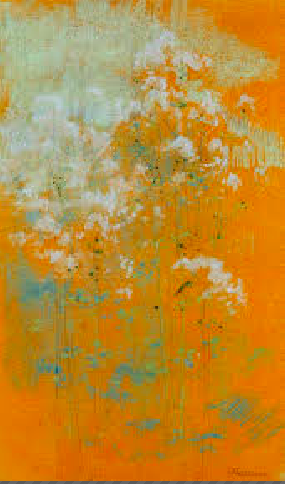 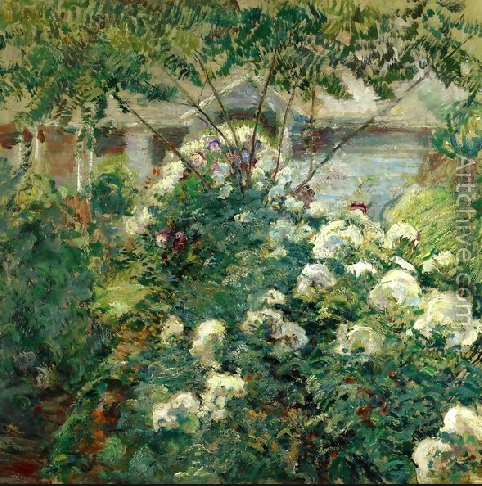 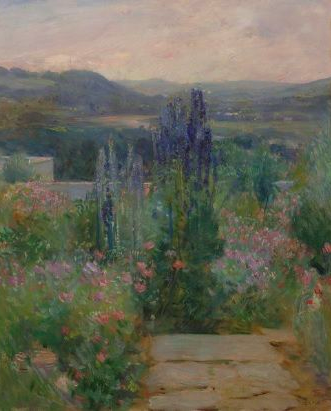 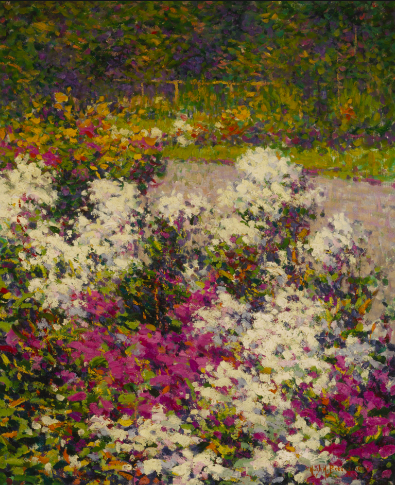 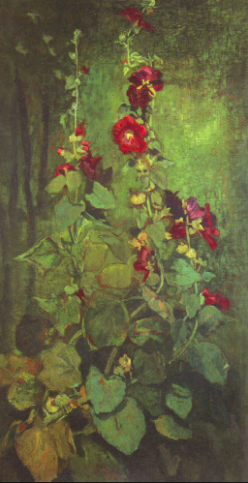 Maria Oakey Dewing (1845-1927) attended Cooper Union School of Design in 1866. She exhibited at the National Academy of Design and was one of the founders of the Art Students League of New York. She was married to the painter Thomas Dewing. 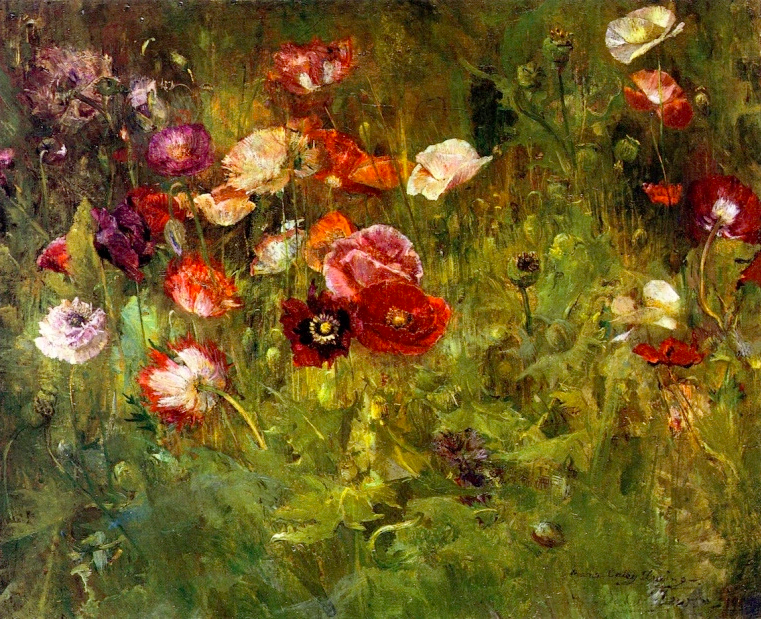 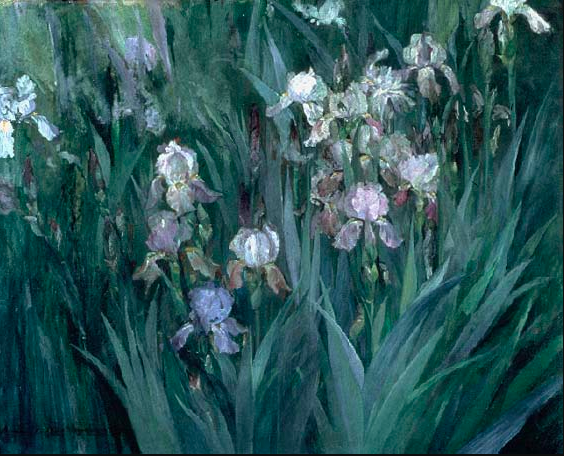 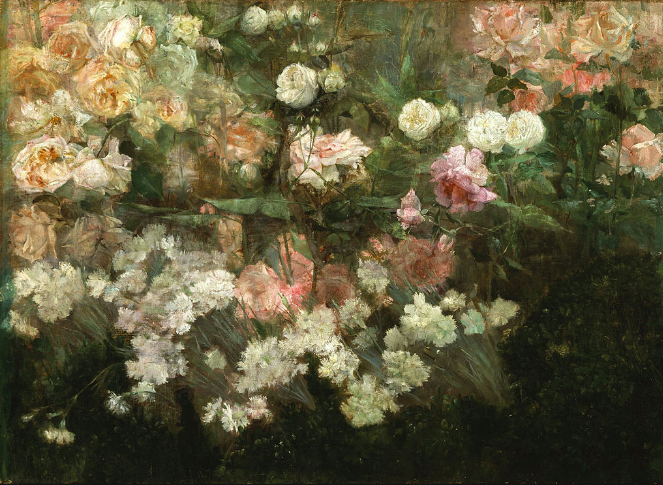 P.S.  Our Found Still Life/Flowers in the Landscape  online class starts May 24th! Learn how to depict the beauty of the intimate landscape, wildflowers and garden flowers. Join us!